Tear the Elephant of Ignorance Asunder

“Wrathful deities often wear the bloodstained skin of a freshly killed elephant stretched across their backs, which is sometimes referred to as ‘Indra’s skin’. The qualities of wrathful forms which are comparable to the wild elephant are revealed in their symbolic activities of bellowing, crushing, tearing, trampling, and uprooting. The symbolism of the flayed skin refers to the deity ‘having torn the elephant of ignorance asunder’. The elephant, human, and tiger skins which adorn wrathful forms symbolize the destruction of the three poisons of ignorance, desire and anger, respectively.”
Robert Beer, Encyclopedia of Tibetan Symbols and Motifs. (Boston, 1990) 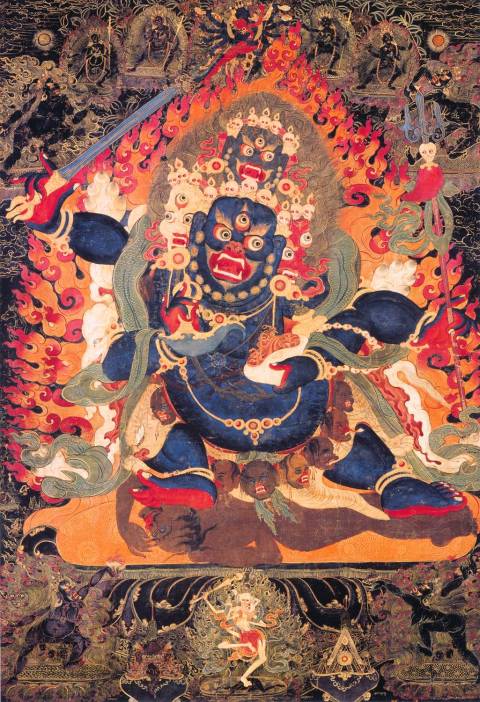 On the left side of the deity’s body is the head of a flayed, white elephant. Other parts of the skin are visible against the flaming aureole. 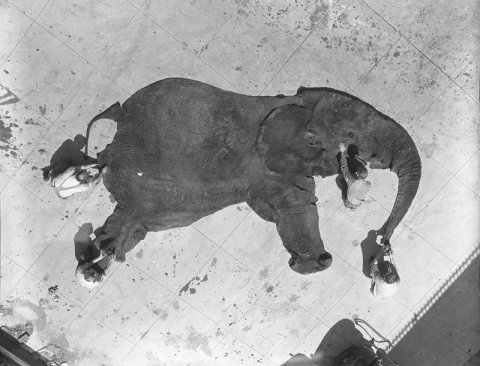