Annone made two long sea voyages, possibly three. In the early 1500’s there was an active elephant trade between Ceylon (Sri Lanka) and the West coast of India. If Annone came from Ceylon, as one writer suggests, he would have been transported by ship to Cochin.(1)

On the six month voyage  from Cochin to Lisbon in late 1510 or early 1511, he rode a Portuguese nau, or carrack. By Bedini’s calculations, Annone would have been about one year old when he made the trip.(2) A one year-old Indian elephant weighs about 1000 pounds. The name of the ship is not known, but fleets of Portuguese nau had been making regular trips back and forth since 1497. Some of the armadas are well documented, but the return voyage of 1510-1511 is not. 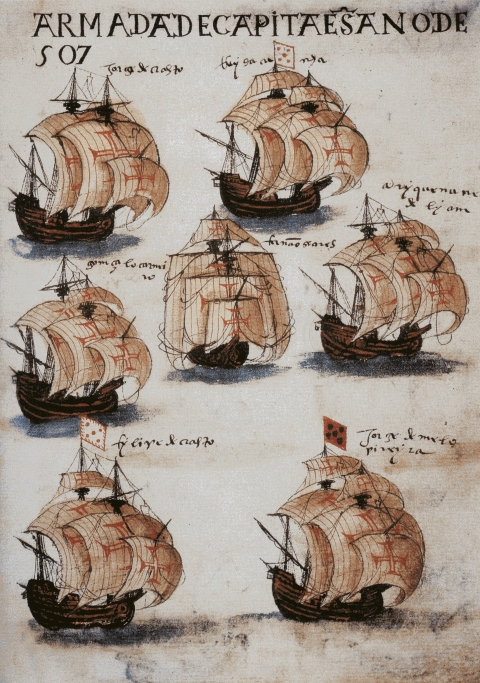 Documents do, however, exist in the State Archives of Portugal that refer to the care and feeding of elephants destined for Portugal. 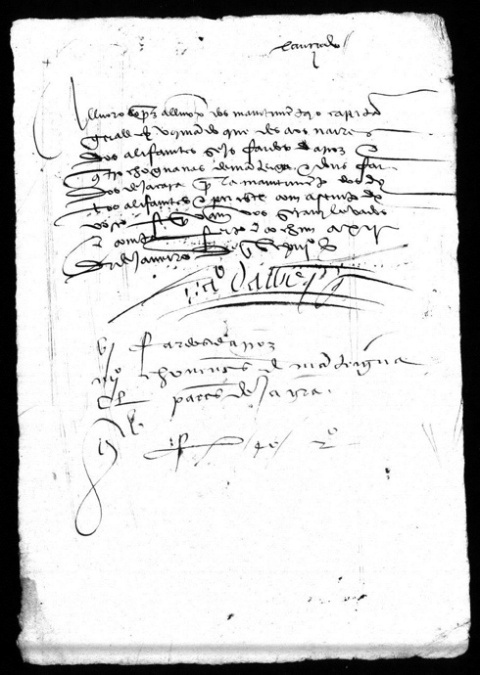 Annone’s third sea voyage was from Lisbon to Civitavecchia, a port north of Rome. The trip is described in detail by Bedini in The Pope’s Elephant, and is notable for several reasons, including the story of a companion ship destined for Pope Leo X carrying a rhinoceros which sank in a storm off the coast of Italy. The rhino that washed ashore some days later was the one that Durer depicted in his woodcut of 1515, although he never saw the beast, dead or alive. 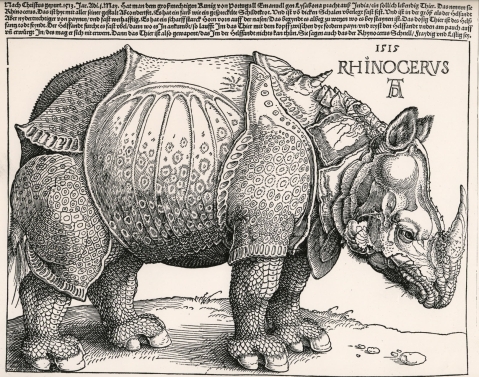 Elephants are moved in various ways- by truck, train, boat and plane. Circus elephants still ride trains where they are kept tightly chained for many hours between stops. And they walk. One of the prime mistreatments of elephants in India today is the practice of making elephants walk long distances on burning hot pavement to and from various money making engagements such as weddings, political rallies, temple festivals and commercial events.

(1)  H.A.J. Hulugalle, author of Ceylon of the Early Travelers, is cited by Jayantha Jayewardene in Elephants in Sri Lankan History and Culture  for the following: “In 1507 the Viceroy of India sent a gift of a small elephant, imported from Ceylon, to King Manuel of Portugal. After seven years in Lisbon this elephant, named Annone, was presented to Pope Leo X and moved to Rome. Annone lived in Rome for three years but died after developing stomach trouble due to the variety of food given to it by visitors and admirers. There is a memorial in Rome to Annone the first elephant in the Vatican.”

You are currently reading Elephant Transport at Annone the Elephant.