“An enormous mass of granite or sienite situated to the north of the town of Madura, altogether isolated from the neighbouring Hills, and when viewed from the S. E. or S. W. bearing a strong resemblance to a couchant Elephant, with its trunk extended in front. The origin of the rock according to Hindu legends is as follows. In the reign of Vikrama Pandyan the (Soran) king of Kanchipuram (called by the English Conjeveram) invaded Madura at the head of 8000 Bauddhas or Samanal, bringing with him an enormous Elephant, which had risen supernaturally from the flames of a huge sacrificial pit dug by the King. This Elephant was however destroyed by Shiva, whose aid was invoked by the Pandyan King with a rocket called Narashimha Astram; and the carcase, transformed to a mountain, remains to this day.” 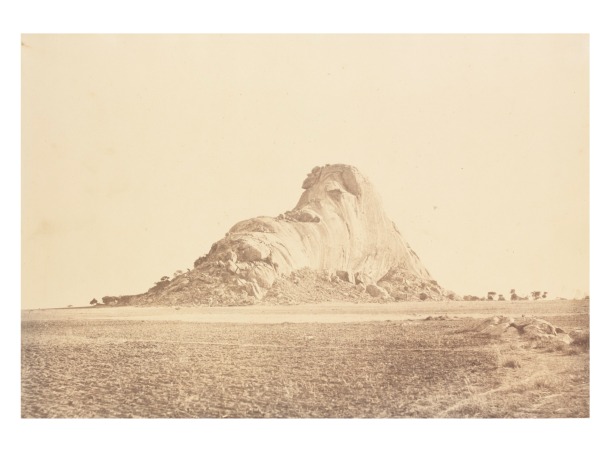 You are currently reading The Elephant Rock at Annone the Elephant.