“In ancient Roman arenas, elephants appeared in a variety of spectacles. In some they were made to perform stunts, in others they were mutilated and killed. The common element in these spectacles is that the audience found pleasure in the humiliation of these enormous beasts.”(1) 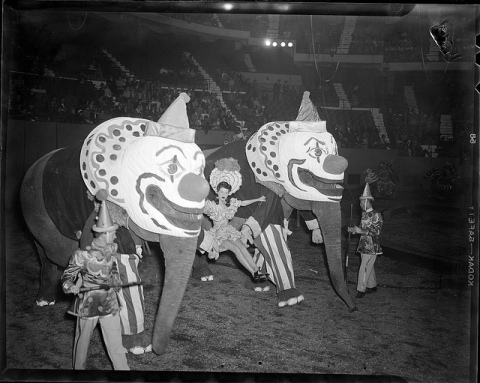 Twenty elephants accompanied Pyrrhus II, King of Epirus, and his army when they invaded southern Italy in 280 BC. Initially successful in terrifying the Roman soldiers, the elephants eventually contributed to Pyrrhus’ defeat when they were turned back against his own troops, causing chaos and destruction. Four of the beasts were captured and taken to Rome. Thirty years later, 140 elephants were captured from the Carthaginians in Sicily, and sent to Rome where they were paraded before the people, prodded with blunt spears or killed with javelins. Thus began a long tradition of humiliation, abuse and slaughter of elephants in the Circus Maximus, a celebration of Rome’s superior military power and domination over its enemies, and over nature itself. 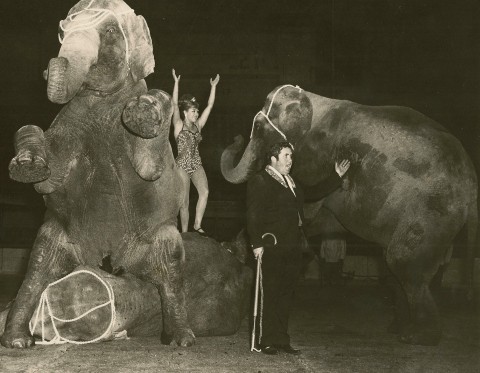 “Aelian describes an exhibition in which elephants, wearing flowered dancers’ dresses, entered the arena in two groups of six, their bodies swaying. They formed a line, wheeled in circles and performed various movements at the trainer’s order keeping time by rhythmic stamping as if dancing, and sprinkling flowers delicately on the floor.” (2) 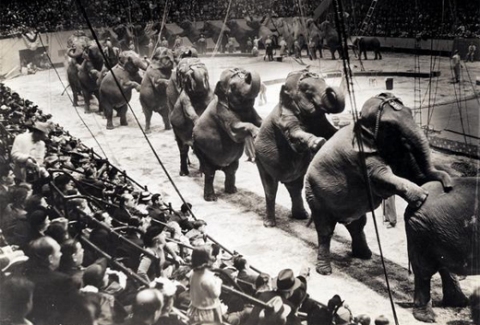 “Another stunt described by Aelian drove the spectators wild with delight. Six male elephants and six female elephants in pairs, suitably costumed, took their places at a banquet. They used their long trunks as hands to take food with great delicacy and drank from bowls placed in front of them.” (3) 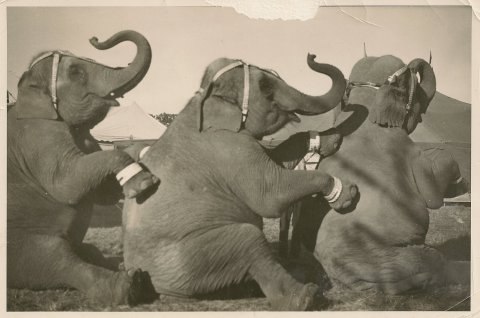 § One Response to Circus Maximus

You are currently reading Circus Maximus at Annone the Elephant.