Above the door to the aula of the Biblioteca Malatestiniana in Cesena is the emblem of the Malatesta family, a large-eared elephant with a banner bearing the Latin motto “Elephas Indus culices non timet”,  (The Indian elephant is not afraid of gnats.) Possibly a reference to the Malatesta’s traditional enemy, the Da Polenta family of Ravenna, a city infested with annoying insects, the emblem also appears today on the ATMs of the Banca di Cesena.
(In Aesop’s fable of the lion and the elephant, the lion confesses to a deathly fear of roosters. As they are speaking, a gnat came whizzing by and the elephant says, “Do you see this little thing, this little buzzing thing? If it gets inside my ear, I’m doomed.” “Well then,” the lion concluded, “why should I die of shame? I am an excellent creature indeed, and in much better shape than this elephant: roosters are more formidable than gnats, after all!”  You see what strength a gnat must have, given that he provokes such fear in the elephant.) 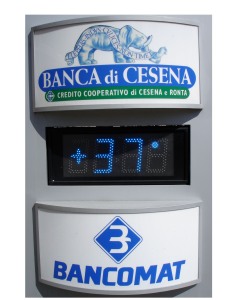 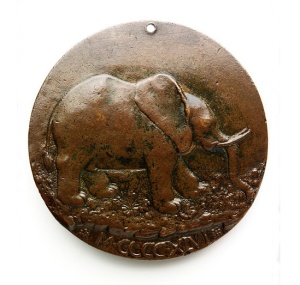 You are currently reading “Elephas Indus culices non timet” at Annone the Elephant.