“We seek Christians and Spices”

“Vimos buscar cristãos e especiaria”
One factor that launched the European Age of Discovery was the high price of black pepper. In 1498, Portuguese captain Vasco da Gama sailed around the tip of Africa to reach the Malabar Coast of India, where pepper was grown, bypassing for the first time the ancient trade route through the Arabian Sea, Red Sea, Alexandria and the Mediterranean, controlled by Arab and Venetian traders. Asked by Arabs in Calicut why they had come, the Portuguese replied, “we seek Christians and spices.” 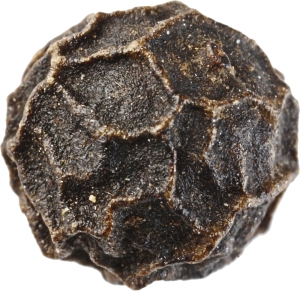 Following the Treaty of Tordesillas of 1494, and its subsequent modification approved by Pope Julius II in 1516, Portugal could claim exclusive imperial rights to the India spice trade. Their network of ships, forts and colonies dominated the pepper trade until the Arab-Venetian network reasserted itself, and control eventually passed to the English and Dutch.

“In the center foreground, the carefully delineated principal ship is a large, armed Portuguese merchant carrack. She is shown firing a salute to port and starboard. This is thought to be the ‘Santa Caterina’. The ‘Santa Caterina’ was built in order to serve as one of the large merchant ships of the Portuguese East Indies trade. She was constructed of teak at Cochin, India in 1510.”           Painting and text; National Maritime Museum, Greenwich, London, Lord Caird Collection

Here is a link to a film of the launch of a Poruguese “nau”, or carrack, of the type used to transport Annone from Cochin to Lisbon in 1510.

You are currently reading “We seek Christians and Spices” at Annone the Elephant.