The Effect of Towering Exoticism that Exceeds All Known Precedents

Modern Lisbon is a different planet, a universe away from urban India. The streets are calm and uncrowded, cars stop for pedestrians, no one honks, no one appears to be in a hurry, no one is living on the sidewalk. God is contained in churches, trees are just trees, niches contain gas valves instead of sacred statues.

The 16th century was Lisbon’s golden age when the city acquired great riches through trade in spices, slaves, sugar and textiles. King Manuel I left his mark on the city in art and architecture, though much of it was destroyed in a massive earthquake in 1755. A few monuments remain, such as Belém Tower and Jerónimos Monastery. 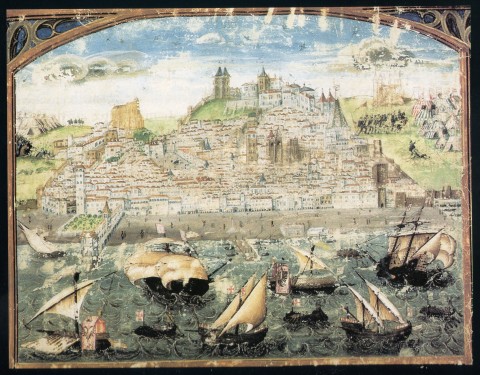 In the Museum of Decorative Arts, an enormous tapestry dated to 1510 shows a procession of exotic animals and people; the scene is thought to celebrate Portugal’s imperial project in East Africa. Clearly the image of the elephant that walks behind the giraffes was not informed by direct observation and most anatomical accuracy was lost in translation from flesh to stitches. Had the artist seen one of King Manuel’s Indian elephants, the likeness would no doubt have been better. 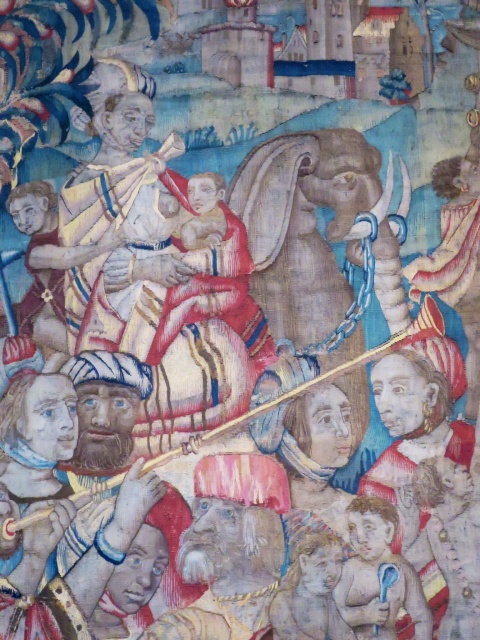 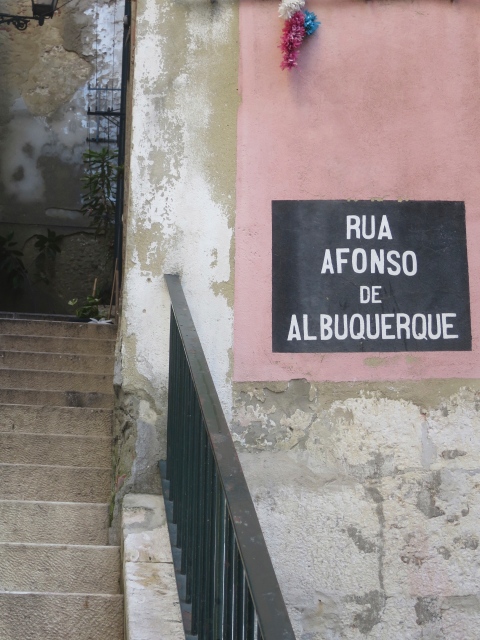 The European Age of Discovery gave rise to colonial empires and a wide transfer of plants, animals, foods, human populations (including slaves), communicable diseases and culture between the Eastern and Western hemispheres. This represented one of the most significant global events concerning ecology, agriculture, and culture in history. King Manuel I sought to bolster Portugal’s credentials as defender of the faith and global trading powerhouse by sending delegations of noblemen and riches to Rome. Among the gifts sent to Pope Leo X in 1514 were “a finely wrought gold chalice valued at 12,000 ducats, a tabernacle to contain the Holy Sacrament executed in gold with exquisite workmanship valued at 54 marches, an altar frontal of the finest brocade sewn with countless pearls and precious stones valued at more than 60,000 ducats, and a collection of altar ornaments.” In addition, he sent exotic animals from his menagerie: a cheetah trained to hunt, two leopards, numerous parrots and other birds, rare dogs from India, a Persian horse and the most wonderful gift of all, a young white elephant trained to perform to the music of pipes and respond to commands in Mayalalam and Portuguese, accompanied by its “Moorish trainer or mahout and a Saracen guide.”

– from The Pope’s Elephant by Silvio Bedini

Jose Saramago, Lisbon’s Nobel Laureate, wrote a novel about an Asian elephant that also belonged to a Portuguese King and was gifted to a European head of state in 1551. A Viagem do Elefante tells the story of Solomon and his mahout, Subhro on their long walk from Lisbon to Austria, where they were renamed Suleiman and Fritz by border guards as they crossed the mountains from Italy. 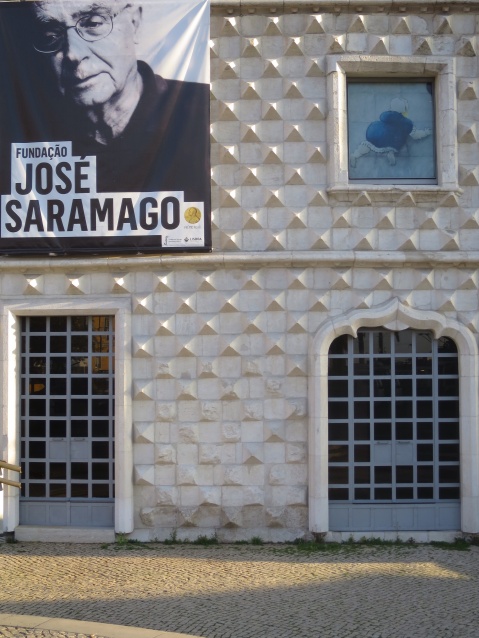 You are currently viewing the archives for March, 2014 at Annone the Elephant.